From there to here... 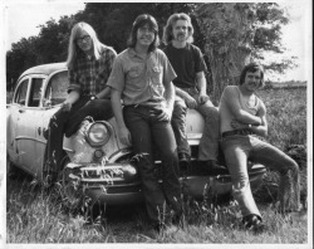 I grew up in the ranching and farming country of southwest Kansas.  The years and the miles were not able to shake the "twang" out of my mellow voice - even though for a long time, I tried.

As an adult musician, my odyssey has spanned several decades and cut across many genres along the way. Like a lot of musicians, I got my start with garage band rock.  I later joined some college friends as bassist in a jazz and fusion project named Rosewood (picture at left).

Rosewood enjoyed regional popularity doing shows at clubs, coffeehouses and university campuses throughout the midwest and club venues in the Bay Area. The group was fortunate to be able to share the stage with such diverse artists as Herbie Hancock, Pat Metheny, Jerry Hahn and even the Kansas City Symphony Orchestra. 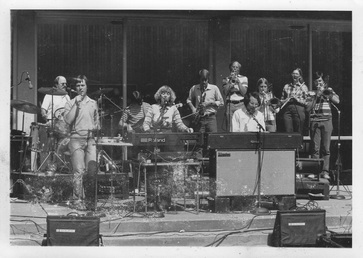 Several years later, I toured major university campuses across the midwest, eastern seaboard and south with City Lights, a ministry band that was unique for its time -- using covers of radio rock like Billy Joel, Chuck Mangione, The Eagles and many more in theme-based shows.  City Lights approach was to show that the artists are pop culture prophets who mirror the listener's need for spiritual change.

After touring with City Lights, I spent several years alternating as bassist and acoustic guitarist for worship music groups in the Indiana University college community at Bloomington, Indiana and began a family with my late wife, Cindy.  We raised our son, Joe (leader of the prog-metal group Pallbearer) to love all kinds of music from baroque -- to jazz -- to progressive rock. 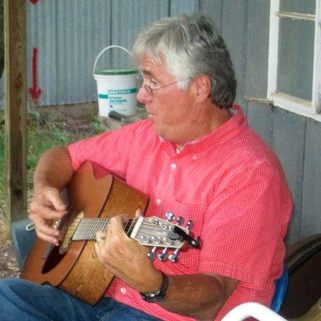 After we moved to the south, I started writing again, starting into a mixture of alternative genres -- some working with my son, Joe.   But... a funny thing happened along the way!  I grew to love the country music I had avoided most of my life.   Now I find myself  concentrating on that genre.

As a writer, I work at crafting music that tells stories -- drawing from my own experiences.  The country music world is great for that.  In storytelling, I try to look at life's people and situations -- all the while keeping the perspective of embodiment of the eternal -- and I am grateful that country music allows me that opportunity.